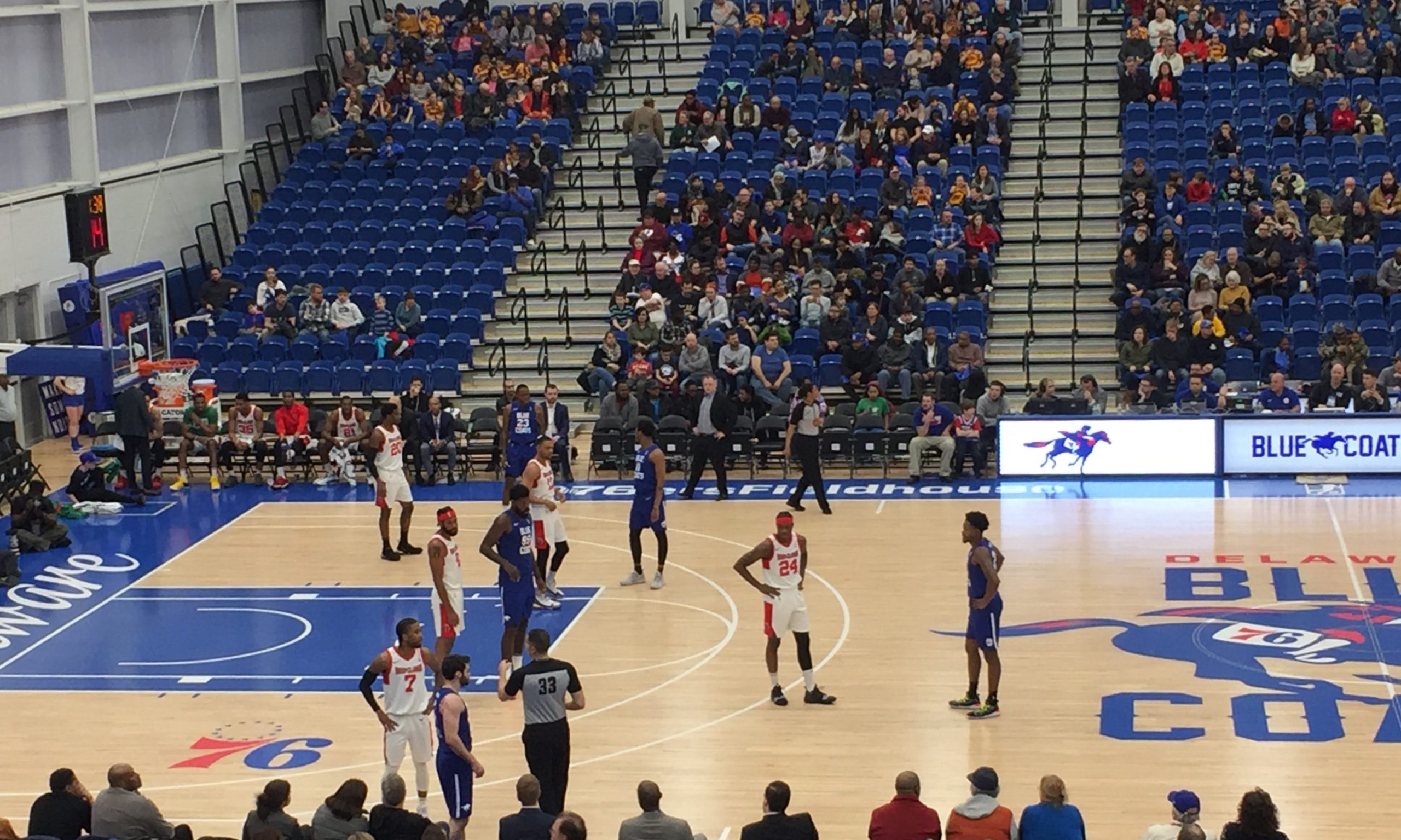 The NBA Panel covered the Philadelphia 76ers NBA G League affiliate Delaware Blue Coats vs Maine Red Claws on February 22nd at 76ers Fieldhouse in Wilmington DE. The Red Claws (15-23) pulled out a thrilling win over the Blue Coats (16-21) 112-109 in OT. Delaware led a majority of the game until a furious Maine run tied and sent the game into OT where PJ Dozier (18 PTS) sealed the win with a deep 3 as time expired. The Red Claws were led in scoring by Sheldon Jeter finishing with 22 PTS. Delaware’s leading scorer was Rashad Vaughn putting up 23 PTS. Sixers night was a success with head coach Brett Brown and other Sixers personnel in attendance, but the Coats couldn’t pull out the win.