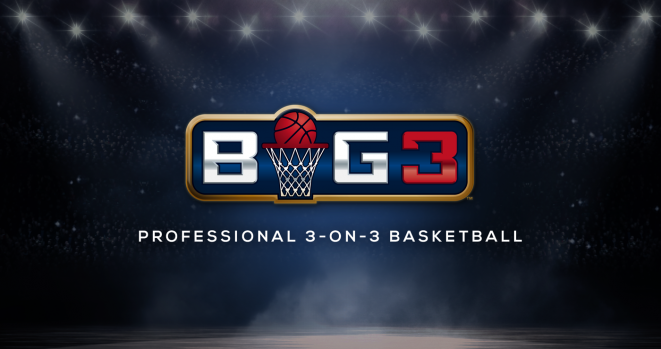 The NBA Panel covered the BIG3 at Wells Fargo Center in Philadelphia PA. The Big3 made its way to Philadelphia with a great amount of excitement surrounding it, largely due to the homecoming of Allen Iverson and Julius Erving.
Fans couldn’t wait to cheer loudly for both Sixers franchise players, and that’s just what they did as each were introduced.
The night featured great and exciting games, but was overshadowed by the fact that Allen Iverson didn’t play due to doctors instructions.
Game one featured the Ghost Ballers vs Power. Mike Bibby scored 11 points as he paced the Ghost Ballers throughout a contest which was close at halftime. Cuttino Mobley scored 20 points to lead Power as they pulled away in the second half to win 51-29.
Game two was between the Triology and Ballhogs. Rashad McCants took control for the Trilogy being aggressive from the beginning to lead them to a victory against the Ballhogs, and stay undefeated through 4 weeks of play.
Game three featured the Killer 3’s vs the 3 Headed Monsters. The 3 Headed Monsters controlled the game with dominating performances from Rashard Lewis who had 30 points, and Mahmoud Abdul-Rau with 17. The Killer 3’s tried to make a comeback led by Stephen Jackson’s 24 points, but it wasn’t enough as the 3 Headed Monsters held on to win 51-46.
The fourth and final of the night put Allen Iverson’s 3’s Company vs Julius Irving’s Tri State. Iverson and Dr J. Battled it out on the sidelines all game trying to get the win. As the game went on the crowd began to realize A.I wasn’t going to play, and unleashed “We want A.I” chants. Jermaine O’Neal led the way for Tri State as they got their first win of the season, hugely due to the lack of firepower 3’s Company had due to A.I not playing.
The BIG3 has become successful in its inaugural season and will only grow. every player and coach interviewed talked highly of the league and great job that Ice Cube, did putting the league together. The NBA Panel thanks the BIG3 for allowing it to be a part of its historical first season!!!