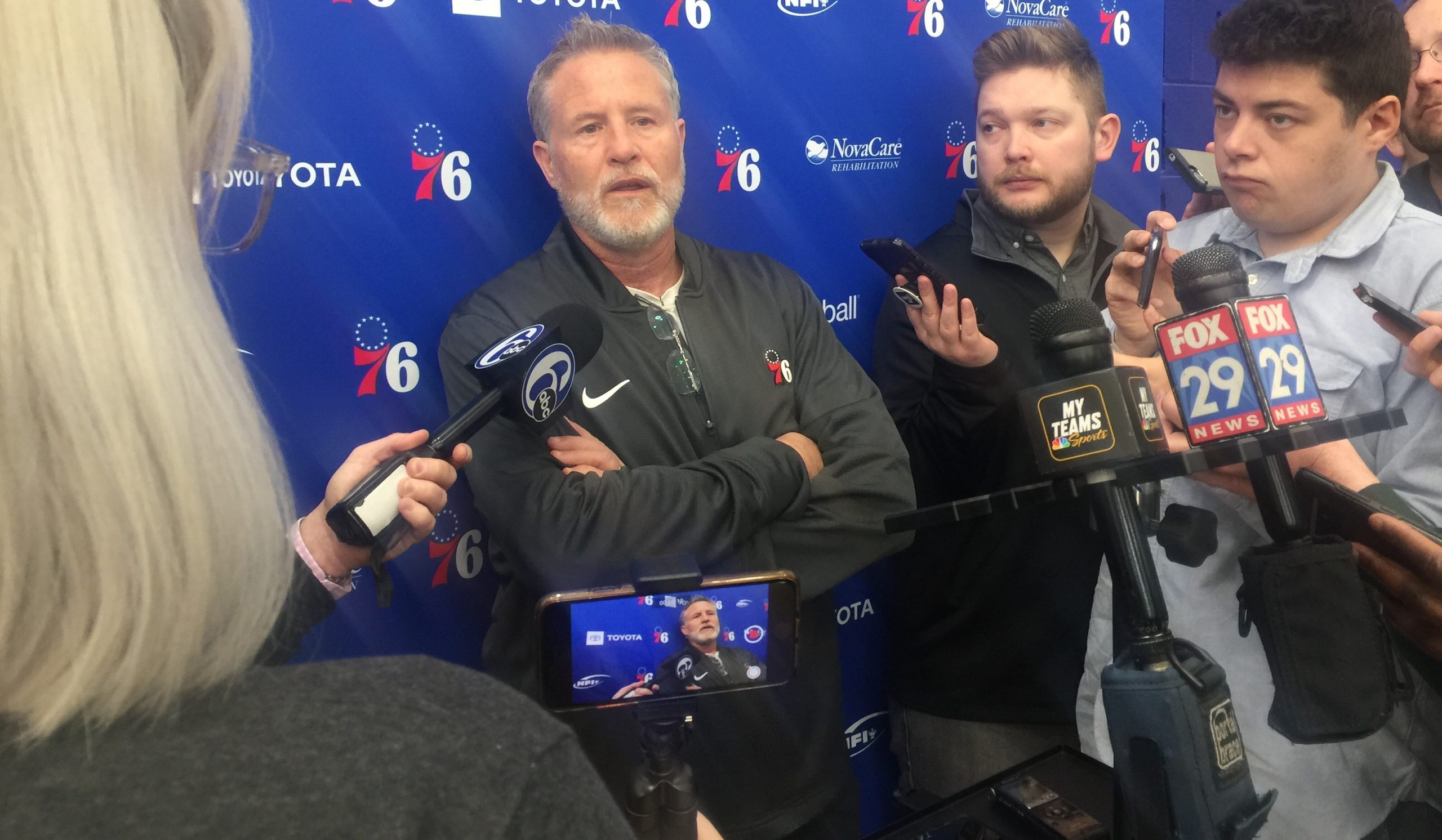 The NBA Panel covered the Philadelphia 76ers practice session on February 11th at the 76ers Training Complex in Camden NJ. The Sixers fresh off a huge win against the Lakers were preparing for their upcoming Eastern Conference battle with the Boston Celtics. Head Coach Brett Brown fielded questions from the media and left us all with the impression that the team was ready and focused. Having a short memory in the NBA is crucial, because any giving night you can lose to any opponent. The Celtics will pose matchup problems Brett will have to address spontaneously. As he spoke to the media his demeanor showed he was confident with the practice the Sixers has just finished, and the upcoming game plan. Jonathan Simmons also addressed the media and was still taking in the transition of being traded to the 76ers.